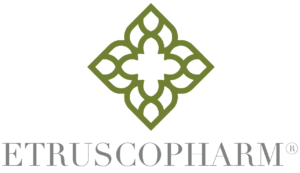 Diabetes  “Pandemic of the 21st century”

Most recent report published by the international diabetes federation IDF on 12, 2019 indicate the following statistics or findings below:

(from the biennial international report, most recently published by the International Diabetes Federation IDF on 12/2019)

The patients are mainly children, adolescents and young adults. Since the pancreas does not produce the hormone insulin sufficiently or not at all, sufferers are dependent on insulin for a lifelong injection.

An autoimmune reaction is assumed in which the immune system attacks the body’s own insulin-producing beta cells.

There are beta and alpha cells in the pancreas. The pancreas is responsible for delivering insulin and glucagon to the bloodstream. Both hormones regulate blood sugar and carbohydrate metabolism. Glucagon and insulin are so-called opponents.

Diabetes melitus type I b (idiopathic type I diabetes):

In this special form, no antibodies against the insulin or other parts of the beta cells are detectable. So far, the cause is missing.

Adults of normal weight who have particularly mild symptoms of type I and type II diabetes are affected. The patients have characteristic antibodies. Treatment usually begins with taking tablets, but ends with insulin injection. Type II diabetes is often misdiagnosed at the beginning of the disease.

Type II diabetes is the most common of all diabetes. Currently, 462 million people are affected worldwide. This disease is exploding close to and has tripled in the past 20 years.

If you look at where the development looks like the causes, it quickly becomes clear that it is a disease of civilization.

In the meantime, diabetes is even diagnosed in animals. However, it should be noted that these are only pets that are fed by human hands.

The pancreas produces insulin, but the body cells lose their sensitivity, which leads to insulin resistance in the long term.

The release of insulin from the cells is disturbed and the pancreas tries to compensate for this and produces more and more insulin. Despite high insulin release, less and less glucose gets into the body cells. Triggering factors include:

It is often a long process until the diagnosis is made, in contrast to type I diabetes, since the disease develops gradually and symptoms gradually appear.

In addition to a change in diet and weight loss, the patient is treated with metformin hydrochloride. It is taken with meals. The active ingredient inhibits the absorption of glucose in the intestine and at the same time increases the absorption into the cells. Insulin resistance is reduced.

The active ingredient lowers the vitamin B12 level, so it is important that the vitamin is measured and supplemented here.

Food supplements designed to enhance your wellbeing, made in Tuscany.
Click Here